The Ombudsman, Mr Alan Lai, encouraged public bodies to keep abreast of the times in view of the ever changing community needs and demands of citizens at the Ombudsman’s Awards Presentation Ceremony today (November 7). Open-mindedness to new approaches in complaint handling and consideration of the complainants’ needs could lead to positive results.

Mediation is one of the alternative dispute resolution methods the Ombudsman recommends. “Last year, the number of ombudsman cases concluded by mediation tripled compared to that of two years before. We are delighted to see such growth as we believe that this voluntary approach is often conducive to win-win situations,” said Mr Lai. He praises the Government’s effort in promoting mediation and is glad to see a gradual change in attitude in Hong Kong resulting in more acceptance of the approach.

Mr Lai also considers sincere and timely apology effective in addressing the key needs of complainants even though their suffering may not be directly related to any administrative deficiencies. “Apologies would help redress the grievances of and improve the relationship with the aggrieved persons. Such a move also demonstrates the open attitude of organisations and their ability to deal with the aftermath of the situation,” continued Mr Lai.

With the rising expectations from the community, The Ombudsman expressed understanding to the great pressure faced by public bodies. He appreciates organisations and officers for their efforts in providing quality service and handling complaints effectively throughout the year.

This year, the Grand Award went to the Drainage Services Department for its dedication in strengthening its relationship with the community. The department demonstrated a positive attitude in handling complaints lodged with this Office and took remedial actions promptly. It was keen to resolve complaints through mediation and proactive in liaising with other bodies on cross-departmental issues. The exemplary service culture among its staff made it a deserving winner of the Grand Award.

The Highways Department and the Lands Department were the other two winning organisations. They demonstrated positive attitude through timely and comprehensive replies to The Ombudsman’s investigations and high receptiveness to recommendations. Notably, the Highways Department was forthcoming in offering apologies where due, whereas the Lands Department took the initiative to improve its service, to study on the limitations of its statutory power to tackle illegal occupation of Government land; and it is reviewing its stance on the policy.

Individual Awards were given to 35 public officers in the same occasion for their exemplary performance in providing quality customer services throughout the year. A full list of the awardees this year is in the Appendix.

The Ombudsman’s Awards Scheme was introduced in 1997. Since 1999, the Awards have been extended to honour individual public officers for their efforts in contributing to a fair, open, accountable and efficient public administration. In 2011, the scope of the Awards was extended to recognise public officers’ efforts in handling enquiries and complaints relating to the Code on Access to Information. 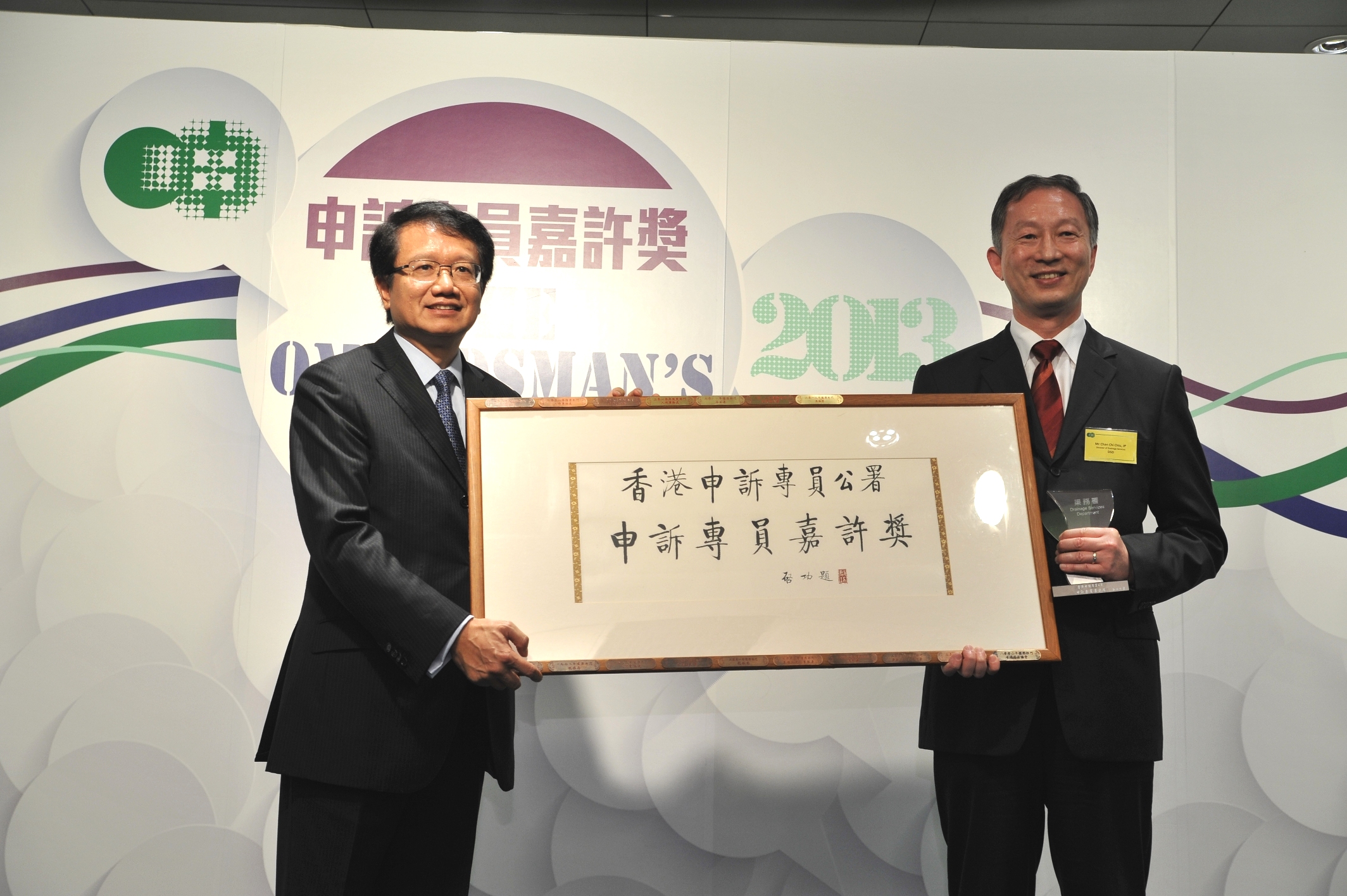