At the 22nd Presentation Ceremony of The Ombudsman’s Awards today (November 2), The Ombudsman, Ms Connie Lau, encouraged everybody to adopt a positive attitude towards complaints so that all parties can jointly promote a positive complaint culture and build better systems.

Ms Lau said, “The process of lodging and handling complaints can be an effective way of communication and provides an opportunity for us to build mutual trust. In the process, complainants can give their views on public services, while departments and organisations can understand better the public’s expectations so that they can make adjustments and improve their services. There is one thing in common among the winning organisations and public officers: they all understand the public’s predicament and are empathetic with their feelings. They know what people need and try their best to offer assistance.”

The Customs and Excise Department (C&ED) and the Fire Services Department (FSD) were the other two winning organisations. The C&ED responded to public enquiries and the Office’s investigations in an earnest and timely manner, providing detailed elaboration of case details, its follow-up actions regarding public complaints, and the relevant considerations or legal justifications behind its decisions. The FSD discharged its duties in a timely and proper manner in strict compliance with the law, and adopted a positive and impartial approach in handling complaints. It also treated the Office’s inquiries seriously and provided comprehensive explanations.

The Housing Department (HD) was presented the newly introduced Award on Mediation for a public organisation this year. Of the 237 cases the Office handled by mediation during the past year, more than 30 per cent, or 80 cases, were HD cases, among which over 40 per cent were settled within 10 days. The HD’s endeavours to find a win-win solution with the complainants have significantly increased its efficiency in handling complaint cases.

At the presentation ceremony, Ms Lau also commended the contributions made by the public officers who won the Individual Awards. She said, “Successful organisations are invariably backed by dedicated staff in delivering quality services. This year, 55 public officers have been presented the Individual Awards to recognise their professionalism in handling complaints with great diligence and a responsible work attitude.” A full list of the awardees this year is in the Appendix.

The Ombudsman’s Awards Scheme was introduced in 1997. In 1999, the Scheme was extended to honour individual public officers. This year, an additional Award on Mediation for a public organisation was introduced.

Office of The Ombudsman
November 2, 2018 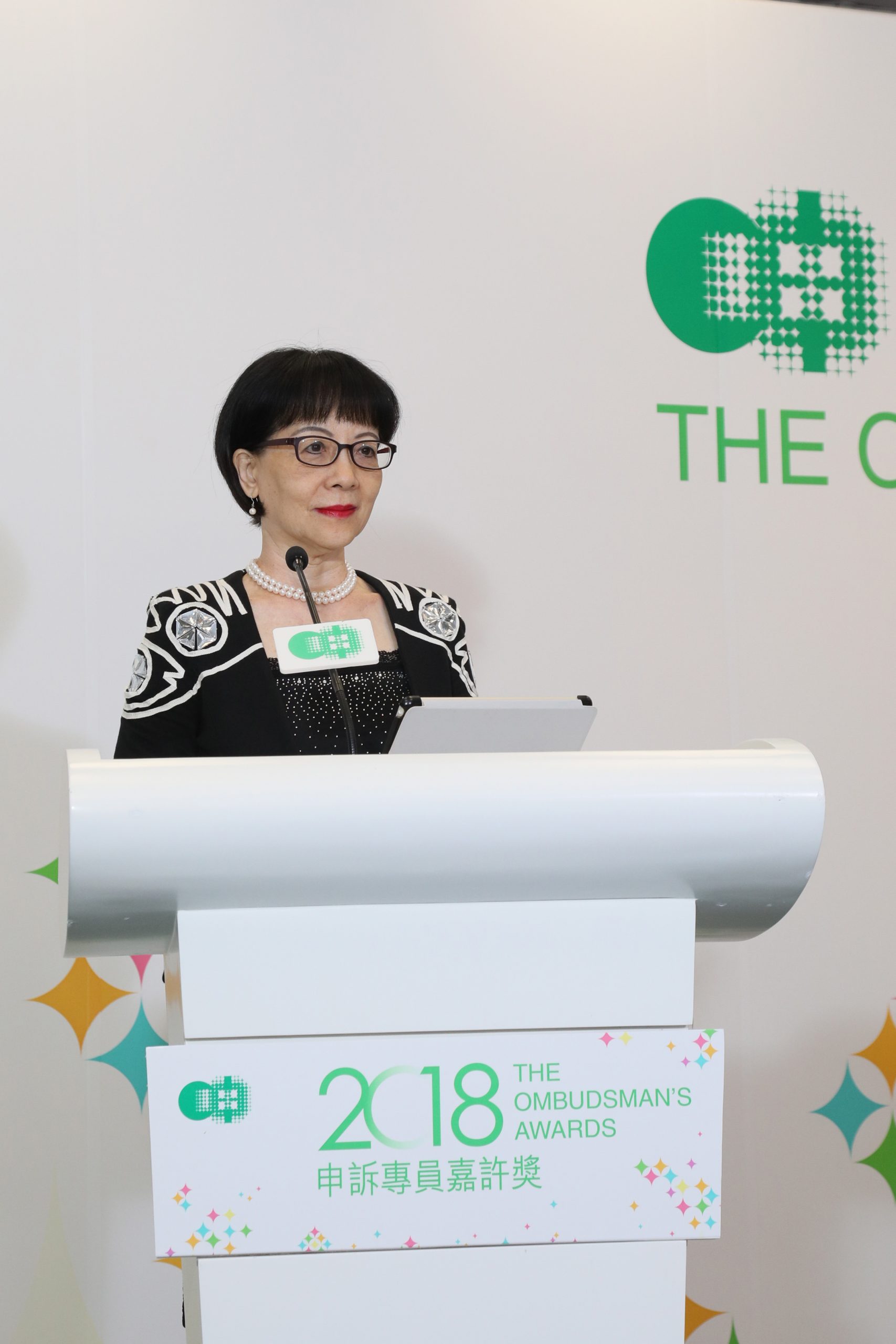