In 2010 and 2011, the FHB announced in batches that 24 potential sites in all the 18 districts across the territory had been identified for columbarium development. Nevertheless, the Office found that so far only two of the developments have been completed, providing a mere 2,540 niches. This falls far short of public expectations and is utterly inadequate compared to the 220,000 cremations expected to take place in the next few years. It would mean that those who cannot afford a private niche for a deceased family member would struggle to find a public columbarium niche.

The Office also found that green burials have made up just a small fraction of all burial cases because only a very small number of people had chosen green burial services for their deceased relatives. Ms Lau noted, “Land is a scarce resource in Hong Kong. In the long run, the Government should focus on developing sustainable burial services. The FHB should adopt diversified measures, which may include enhancing the existing green burial services and exploring new modes of providing public burial services. This multi-pronged approach can help relieve the pressure on construction of more public columbaria.”

The Office is pleased to note the recent progress in raising the supply of public columbarium niches: in May 2016 the Sha Tin District Council endorsed the development scheme in Shek Mun. In addition, to strengthen the relevant strategy formulation work, the FHB is going to set up a working group on green burial services under the Advisory Council on Food and Environmental Hygiene.

The report of the above investigation has been uploaded to the Office of The Ombudsman website at www.ombudsman.hk for public inspection and reference. 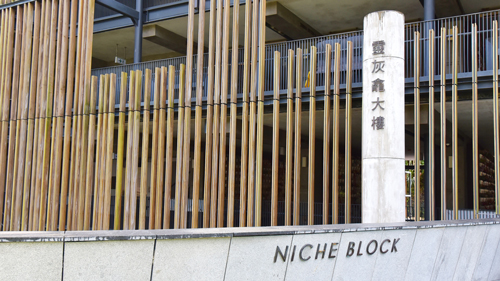