The Ombudsman, Ms Winnie Chiu, presented to the public today (13 July) the 2021-22 Annual Report of her Office, emphasising its role as a bridge between the public and public organisations.

Ms Chiu said, “We can’t overstate the importance of having an independent channel for complaints about maladministration in an open and free society, especially during difficult times. Our Office is proud to take on this role. We listen to all parties to the complaint, and try to understand issues from their perspectives. The overarching goal has always been improving the public administration in Hong Kong through recommendations tendered after impartial investigations and objective analysis.”

In the reporting year, the Office received 4,934 complaints and 8,851 enquiries. After discounting 140 topical complaints, 4,794 were normal cases, which represented a slight increase over the previous year’s figure. “Our Office continues to adapt its operation to the new normal under the impacts of COVID-19. With enhanced IT capacity, we have mitigated the impact of special work arrangements on our output, maintaining our accessibility and responsiveness to the public,” Ms Chiu said.

Including those brought forward from the preceding year, 5,032 cases were processed. Of these, 2,739 were pursued and concluded while the rest (2,293) were closed after assessment due to insufficient grounds to pursue the complaint (1,171 or 51.1%) or jurisdictional or legal restrictions (1,122 or 48.9%).

Among the 2,739 concluded cases, 206 (7.5%) were related to COVID-19, where the key matters under complaint included the granting of subsidies, quarantine arrangements and documents, and disruptions to public services.

During the year, the Office made a total of 139 recommendations upon completion of its full investigations and direct investigations. Of these, a total of 132 (95%) were accepted by the organisations for implementation while six (5%) were under consideration as at 30 June. Only one was not accepted.

The Office continued to get encouraging results on mediation, with 215 out of the 217 mediation cases successfully mediated. In the year, it took about 13.4 days on average to conclude a complaint by way of mediation, and over 54% and 92% were resolved within 10 days and less than one month respectively.

The Office received a total of 87 complaints about the Code on Access to Information (ATI) during the year. Among the 93 ATI complaints concluded, inadequacies were found in 30 cases (32%).

The full text of the Annual Report can be viewed or downloaded from the Office of The Ombudsman website. 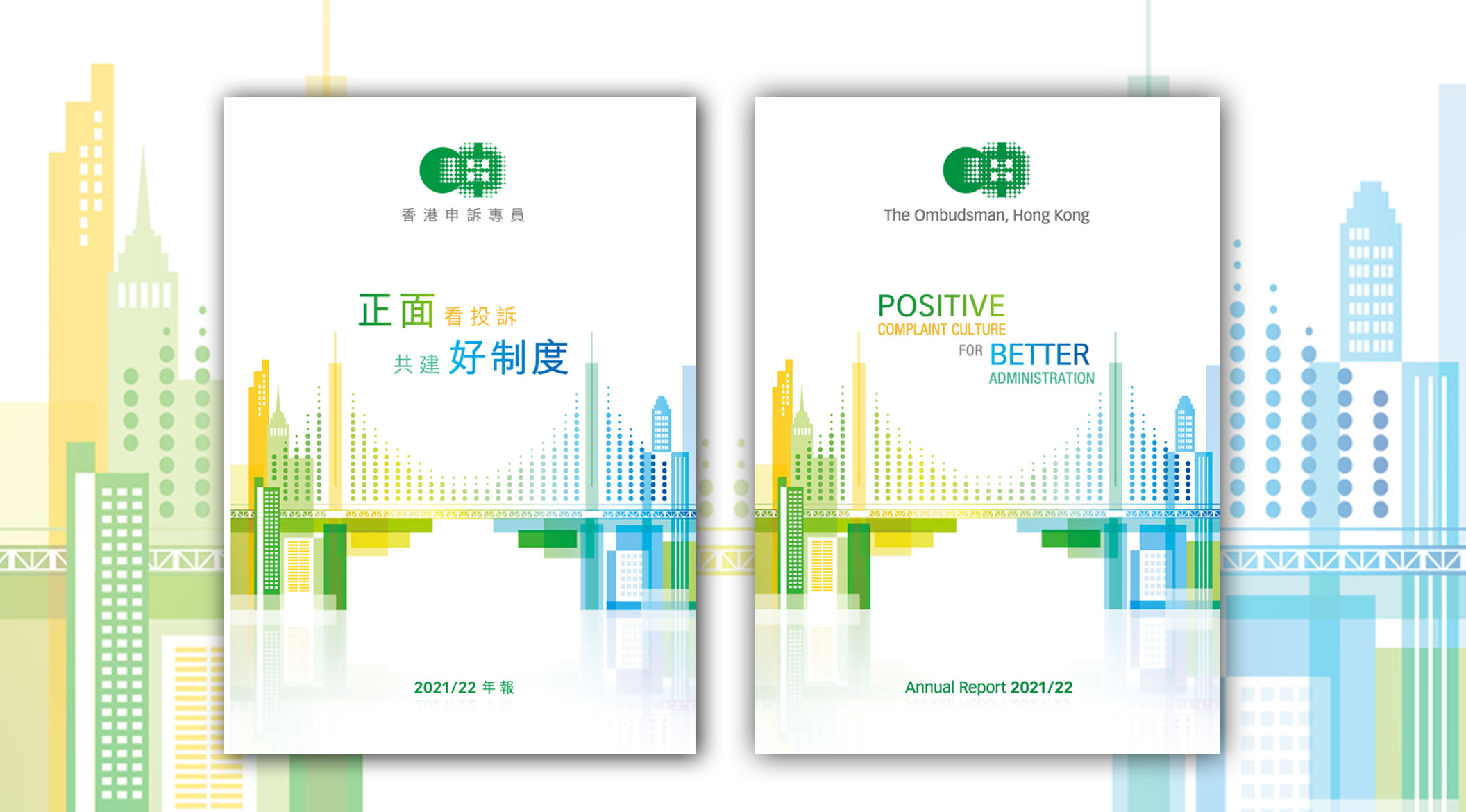