The Ombudsman, Ms Winnie Chiu, today (1 September) announced the completion of a direct investigation into the problem of abandoned vehicles on government land and made 7 recommendations for improvement to the Government.

Unwanted vehicles being left in public parking spaces, on public roads or pavement for prolonged periods is a persistent and prevalent problem in Hong Kong.

An investigation by the Office of The Ombudsman finds that delineation of powers and responsibilities among the government departments handling the problem of abandoned vehicles is unclear and the handling approach is ineffective.  The current measures also fail to deter irresponsible vehicle owners.  Since 2001, the Government has been trying to prosecute registered owners of vehicles abandoned on government land by invoking the Land (Miscellaneous Provisions) Ordinance (Cap. 28).   Nevertheless, the Lands Department (LandsD) considered that difficulty of proof had rendered prosecution efforts largely ineffective.  The department has thus suspended its work on evidence collection and prosecution for those cases since 2007.  In the absence of effective penalties, it costs vehicle owners very little to abandon their vehicles on government land.  Stepped-up efforts of the Government later to remove abandoned vehicles only addressed the symptoms of the problem and in effect disposed of the vehicles for their owners for free.

Ms Chiu said, “The crux of the problem is that the Government has yet to establish the legal responsibility of vehicle owners to dispose of their vehicles properly and hold the owners liable for noncompliance.  The Transport Department (TD) should promptly amend the legislation to hold vehicle owners responsible for the proper disposal of their unwanted vehicles.  I notice that upon the commencement of this direct investigation, the TD has begun a study to enhance the regulatory regime for vehicle registration and put forward proposals for legislative amendments.  This is welcomed and I urge the TD to closely follow up on the legislative amendments, and set out clearly the responsibility of vehicle owners to dispose of their vehicles properly.  Before completion of the legislative amendment, the TD should beef up its efforts to remind vehicle owners to renew their vehicle licences in a timely manner or dispose their vehicles properly.  The TD and the LandsD should also strengthen their collaboration in evidence collection to enhance prosecution of offenders for a better deterrent effect.”

The Ombudsman has made 7 recommendations for improvement to the departments concerned, as follows:

The departments concerned in general have accepted all recommendations by the Office of The Ombudsman.

The full investigation report has been uploaded to the website of the Office of The Ombudsman for public information.

For media enquiries, please contact the External Relations Section by email at enquiry@ombudsman.hk. 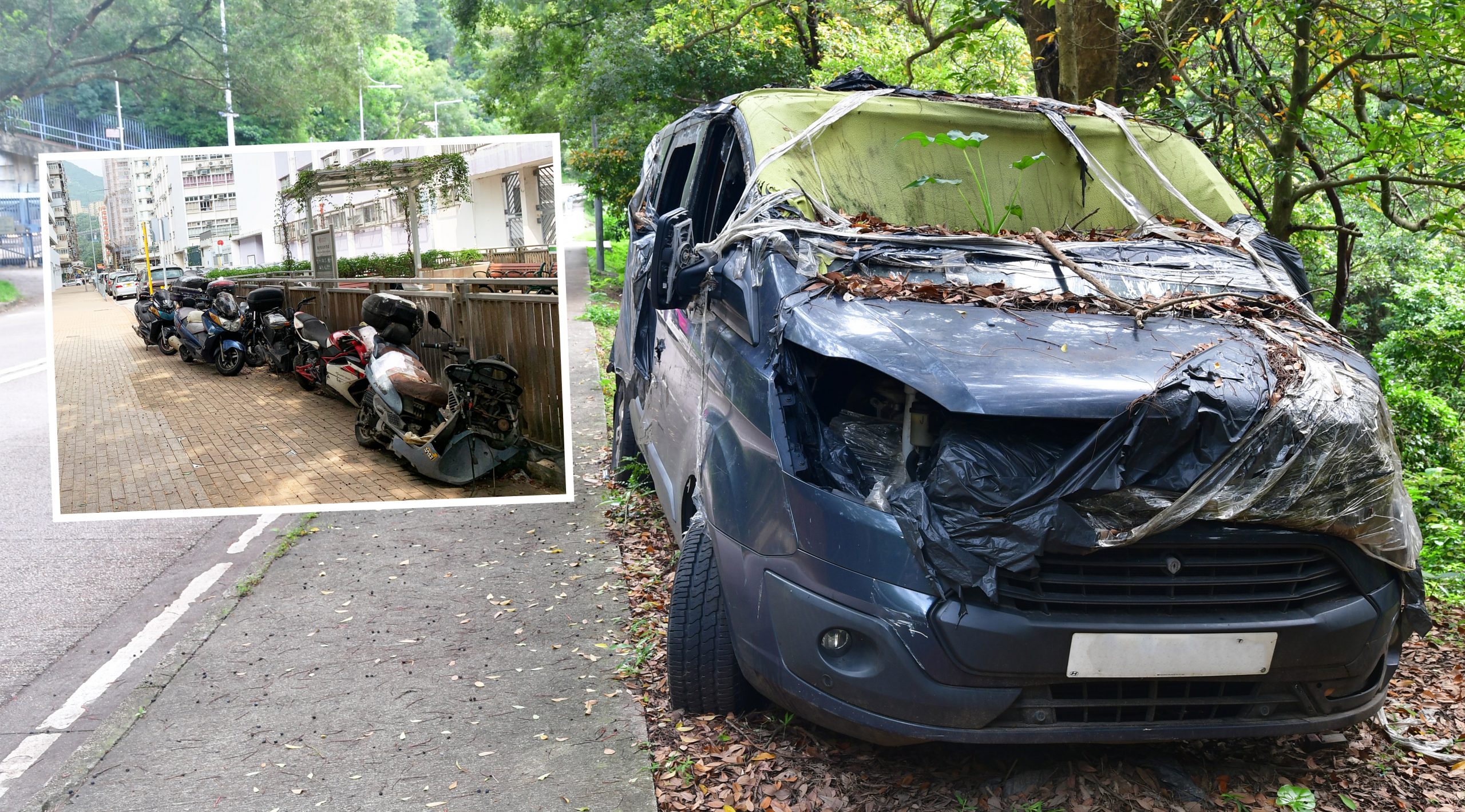