The Ombudsman, Ms Winnie Chiu, today (12 December) announced the completion of a direct investigation into the arrangements for depositing layout plans of public pleasure grounds (PPGs) in the Land Registry (LR) by the Leisure and Cultural Services Department (LCSD). The investigation report has been uploaded to the website of the Office of The Ombudsman for public information.

Earlier on, there were media reports about the LCSD’s failure to deposit the layout plans of some 450 (subsequently confirmed to be 583) PPGs in the LR in accordance with the Public Health and Municipal Services Ordinance. As a result, the legal basis for enforcement actions by its staff and the Tobacco and Alcohol Control Office under the Department of Health in the PPGs concerned was questioned.

The Office’s investigation has revealed that before the omissions were discovered, the LCSD had neither drawn up clear guidelines on depositing layout plans of PPGs nor actively monitored the progress of such work and kept records. Moreover, there was a lack of effective communication and collaboration between the LCSD and the Lands Department (LandsD). Consequently, when some PPGs were opened to the public, their layout plans were not yet deposited. The Office has also found that, although the LCSD has reviewed the arrangements and revised the guidelines after depositing all the missing layout plans, it is still possible that deposit procedures are yet to be completed at the time a venue is opened for public use.

In respect of the inadequacies on the part of the LCSD, The Ombudsman has made seven improvement recommendations, which include urging the LCSD to take the lead and further review the current procedures for depositing layout plans proactively with the LandsD in order to resolve the issue completely. 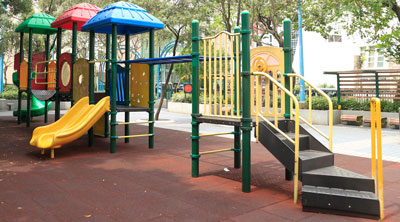