The Ombudsman, Ms Winnie Chiu, today (31 August) announced the launch of a direct investigation to examine the Government’s regulation of illegal occupation or obstruction of streets by goods and miscellaneous articles.

Obstruction caused by goods placed outside shops for sale or storage is a common problem. In June 2014, the Office of The Ombudsman completed a direct investigation into the regulatory measures and enforcement actions against street obstruction by shops. In response to the investigation, the government departments concerned implemented a number of improvement measures including the introduction of the Fixed Penalty (Public Cleanliness and Obstruction) Ordinance, which came into operation in September 2016. However, the Office has still received many complaints about street obstruction by shops each year. In the previous three years between August 2018 and July 2021, the Office recorded cumulatively over 200 complaints about street obstruction by goods placed outside shops, as well as illegal depositing of miscellaneous articles such as polystyrene boxes, plastic baskets, metal recycling cages and construction materials or waste. Such street obstruction not only causes inconvenience to members of the public, but may also create environmental nuisance and even pose hazards to road safety.

Currently, the government departments concerned deal with the problem in accordance with their jurisdiction. Where cases are more complicated or involve multiple departments, the problem of illegal occupation or obstruction of streets may remain unresolved due to unclear demarcation of responsibilities or a failure to co-ordinate timely action.

Ms Chiu said, “Illegal occupation or obstruction of streets by goods and miscellaneous articles has been a long-standing issue, which involves regulation and enforcement actions by a number of departments. Hence, I have decided to initiate a direct investigation to examine the Government’s regulation in this regard, including the enforcement actions and clearance operations by the departments concerned and the mechanism for co-ordination among departments, and will make recommendations for improvement to the Government where necessary.” 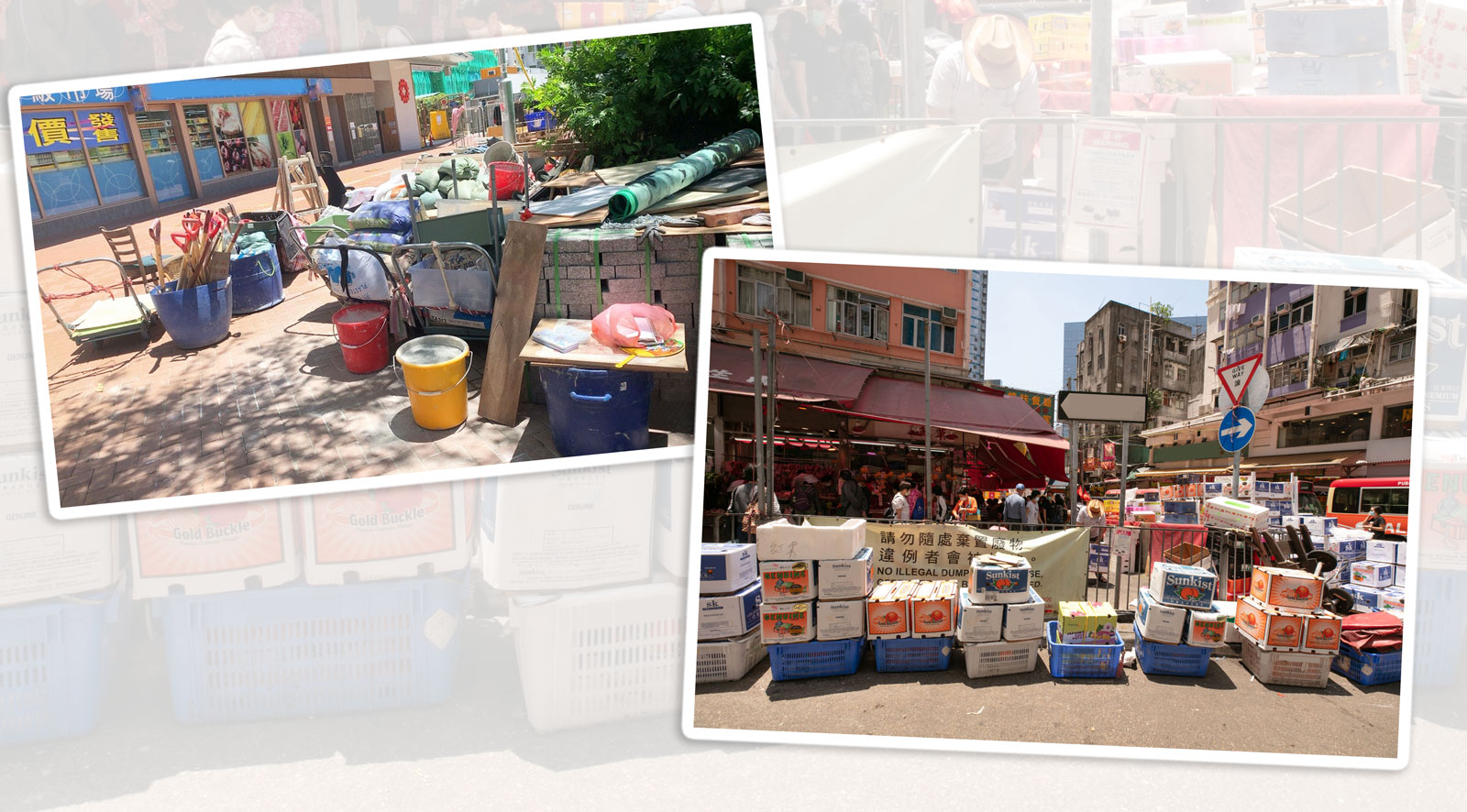