The Office of The Ombudsman launches the publicity campaign of “Say NO to Maladministration” from today till October 2015.  It uses the Chinese traditional physical exercise, Tai-Chi playing, as imagery for maladministration and educates the public on proper channels to lodge administrative complaints against Government departments and public organisations with justifications. 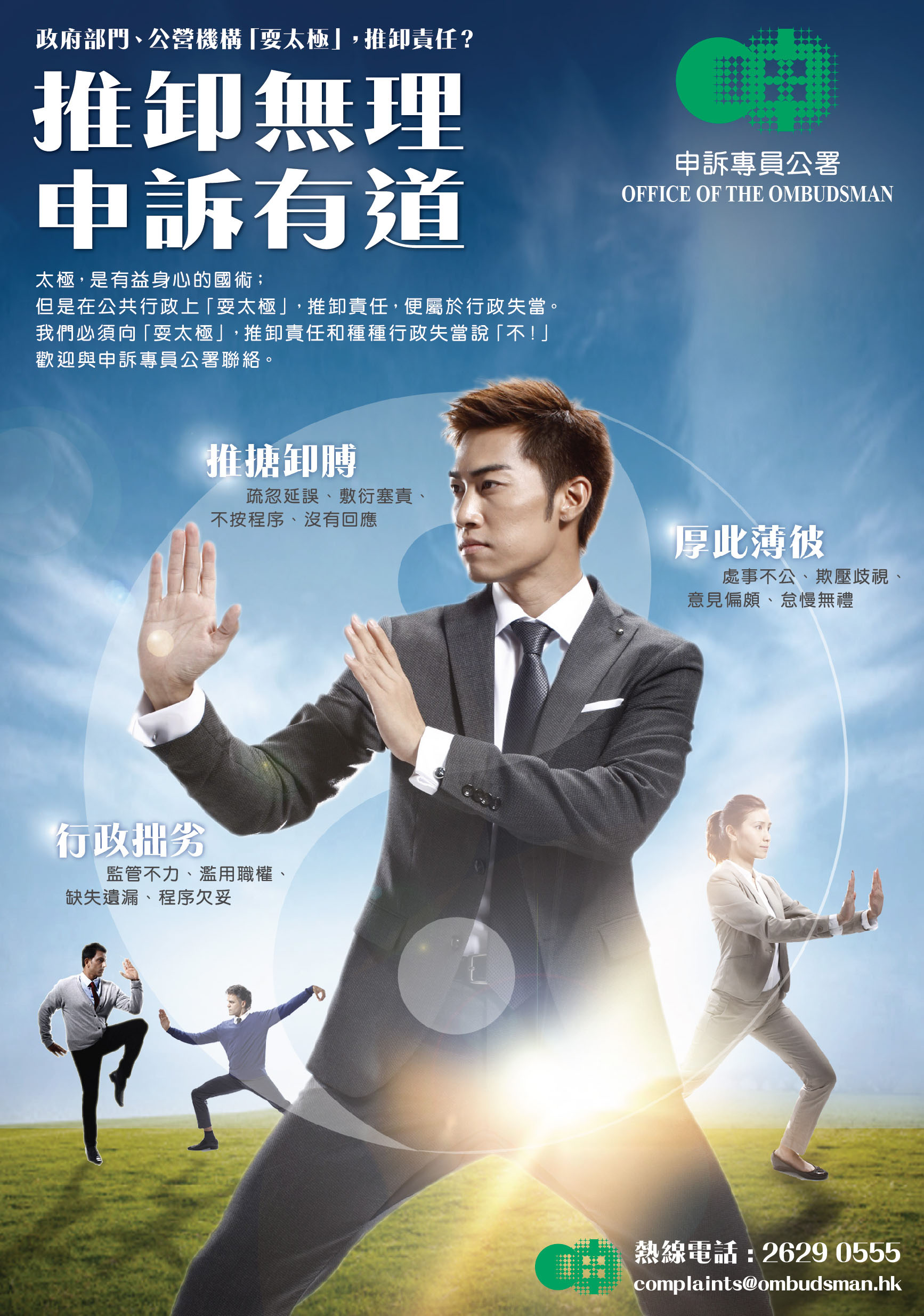